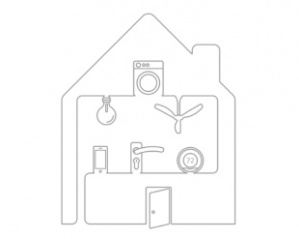 One of the biggest hurdles to unlocking the seamless, connected home is getting all of the stuff to communicate with all of the  stuff. Simple, right? Until now, that has been solved by home automation platforms that run on closed systems in which security and cable companies can carefully construct the user experience.

But consumers will eventually want – or demand – more open systems in which they can customize the hardware they want to integrate over the same network. To move closer to this reality, a new industry group is aiming to bring multiple devices onto a single platform. Google’s Nest Labs, Samsung and others announced a new mesh networking protocol that could potentially achieve more success in opening up the home than have other efforts thus far.

Thread is an IPv6 networking protocol built on the IEEE 802.15.4 standard, so devices that already use 802.15.54, such as ZigBee, could migrate to Thread with just a simple firmware update. A version of Thread is already installed in Nest products.“We wanted to build a technology that uses and combines the best of what’s out there and create a networking protocol that can help the internet of things realize its potential for years to come,” Thread Group wrote on its website.

Thread focuses on simplicity, security, power efficiency, and the convenience of an open protocol. Simplicity of use for consumers will be critical, but security is also becoming an increasingly important aspect of home area networks.

Source: Nest and Samsung Launch a New Protocol to Network Everything in Your Home

From: Technologies
← The new supercompetitors
Smart city San José →
No comments yet